Pohlheim (rge). The fact that concerts are finally possible again brought joy to both the participants and the visitors of the "Spring Sounds" in the Catholic Church of St. Martin in Pohlheim. The Gesangverein Sängerkranz 1876 Watzenborn-Steinberg had invited the Liederkranz Pohl-Göns as musical guests. Together, the choirs sang the soulful pop ballad "You raise me up", inspired by Irish folk music, as a sign of their friendly bond in choral singing at the end of a varied and entertaining concert evening. 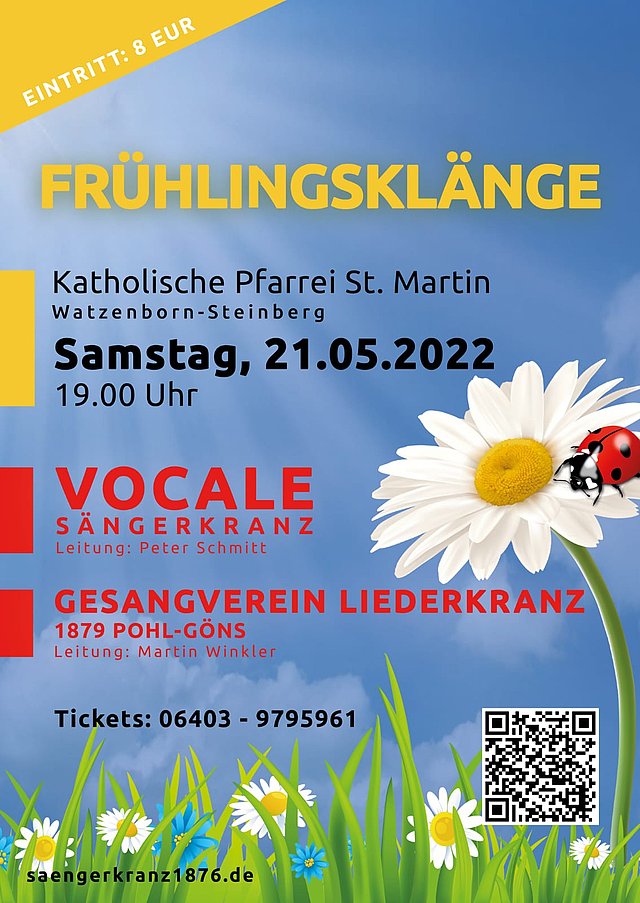 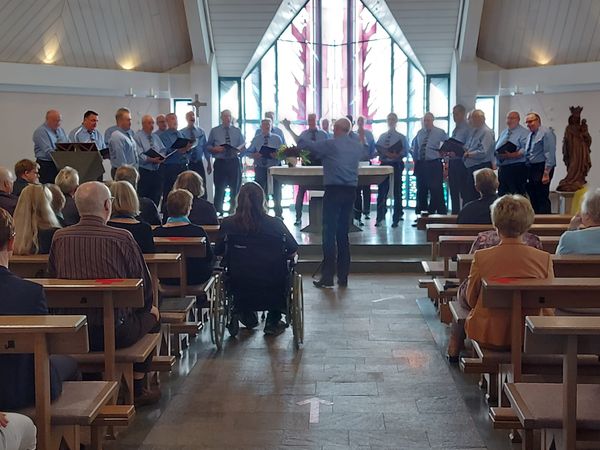 The Pohl-Gönser opened the concert, accompanied by Dr Florian Ilge on the piano, with the piece "Ubi caritas et amor". The "Gotteslob" by Mendelssohn-Bartholdy and the spiritual "My soul, there is a country" by Henry Vaughan were other classics that were heard.

Equally varied were Latin pieces such as "Beati mortui" and "Peccantem me quotidie", alternating with gospel and spirituals such as "Little innocent lamb", performed by the Vocale men's choir of the host association. In the further course, German choral classics were also honoured alongside international ones. Especially "Das Morgenrot" by Robert Pracht, which the Vocale sang as a well-known folk song, moved the audience and some sang quietly along with the soulful verses about the awakening day of a cool morning. "Am Brunnen vor dem Tore" was also not missing.

At the end there was much applause for all the singers from Pohl-Göns and Watzenborn-Steinberg with their choir leaders Martin Winkler and Peter Schmitt and the instrumental accompaniment of Dr Florian Ilge. For them and the concert-goers it was proof that the choirs continue to have their firm cultural place in society.